Published by Techyspecky on 19 September 2019

It’s only a few months now till we get too see Google Stadia in the wild, so the big question is, will it work as promised?

For those who don’t know Google are entering the hardware gaming market with a difference. As we approach the next gen consoles with their PS5 or Xbox something monikers, Google decided it was time to end the hardware cycle, ditch the ugly box under your TV and set gaming free. But how you might ask?

The short answer is streaming. You basically stream your game like Netflix or YouTube to your TV, Phone, Laptop, tablet. Essentially anything with a browser and the internet, can play Google Stadia games. You device receives the video stream from the Google Stadia cloud and you control the action with either the Stadia controller or mouse and keyboard. No fancy hardware, no £1000 gaming rig, no next gen console, just a browser and the internet.

Sounds simple in theory but, there are a ton of technical issues which need to be over come. Mainly, and, the one people will care about, is latency. To put it another way, the time it takes from the player pushing X on the controller to the action happening on the screen. If this is ever so slightly out, the whole gaming experience is pointless. 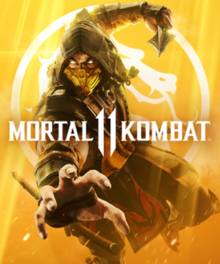 Google are so confident they are pushing Mortal Kombat 11 as a launch title. If you have ever played a fighting game, reaction times and the speed of input are often key to winning. If the technology fails while your performing your, super killer combo, you are as good as lost.

So far however, there have been very limited testing of the equipment outside of controlled demo areas at game events. These have all received very positive reviews but the question everyone asks, is will this work at home? Sure, in a controlled environment of a specialised event, you can control the internet etc. Yet when millions of people log in all at once via their WiFi, will it still work then?

I guess we will find out in a few months. I will admit I am tempted by this over the next PlayStation though. I will be doing more on Google Stadia over the next few weeks up until launch. Looking at the plus and negative points. In the meantime have a look at the video below from engadget:

This site uses Akismet to reduce spam. Learn how your comment data is processed.

This blog contains posts from various sites made by Techy over the course of many years. The oldest post dating back to 2009. You’ll see there are bursts of posts within a short space of Read more…

It’s been a while, how are you all doing? Glad to hear it. Well today has been all about the BBC and the amount it pays it’s top people and how there isa VERY clear Read more…

In case you have missed it CITV or Children’s Independent Television, to give it its full title has turned 30 this week. To celebrate CITV the now standalone TV channel is showing some shows form Read more…